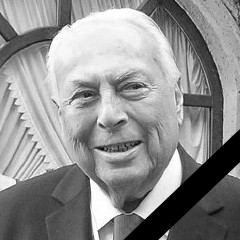 Professor Blahoš was born in June 30, 1930 in Horažďovice. In 2001 he was nominated as honor­ ary citizen of his mother town. Professor Blahoš began as a medical doctor in Franzens bad in the year 1955. After, he worked at the Research Institute of Endocrinology in Prague during the years 1958–1968. His main research interest was pointed to bone metabolism, especially to calcitonin and urinary acid. His monograph about calcitonin was famous. He used the opportunity to work abroad and spent two years in Harar in Ethiopia (1961–1963) and two years at the endocrinology clinic Beaujon hospital in Paris (1968–1969). After these experiences he worked at the Internal Medicine Department of The 2 nd Medical Faculty of Charles University in Prague (teaching hospital in Motol and hospital Under the Petrin Hill) since 1969. He became a professor and got to the lead of this department during the years. In 1993, Professor Blahoš moved to the Central Military Hospital in Prague as the head of Department of Internal Medicine. In 1997, he founded the first osteocenter in the Czech Republic there.

Professor Blahoš published 380 scientific papers and 10 monographs. The most important is the textbook Endocrinology. He lectured in many countries all over the world. He has been a chairman of the Czech Medical Association of Jan Evangelista Purkyne since September 1990 till January 2015. Professor Blahos had been the first president of the World Medical Association from eastern Europe countries in 1999–2001. He was a member and an honourable member of a row world medical and scientific associations at home and in the world.

Honour to his memory!

On behalf of committee of the Society for Connective Tissues of Czech Medical Association J.E.Purkynje
Professor Ivo Marik, MD, PhD

On behalf of committee of the Orthopaedic-Prosthetic Society of Czech Medical Association J.E.Purkynje
Petr Krawczyk, MD 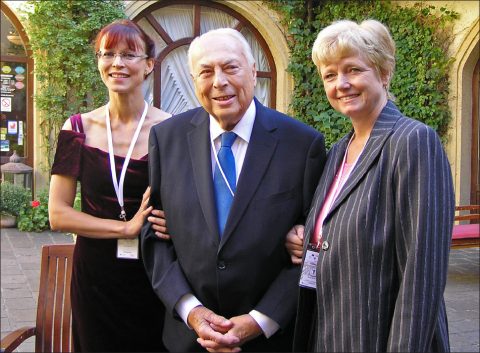 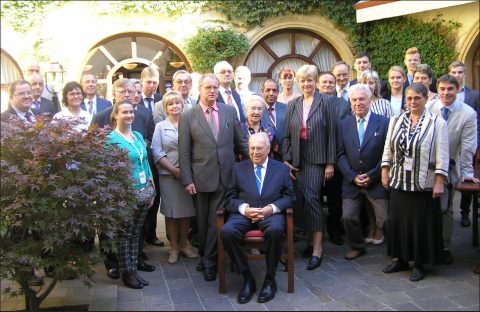